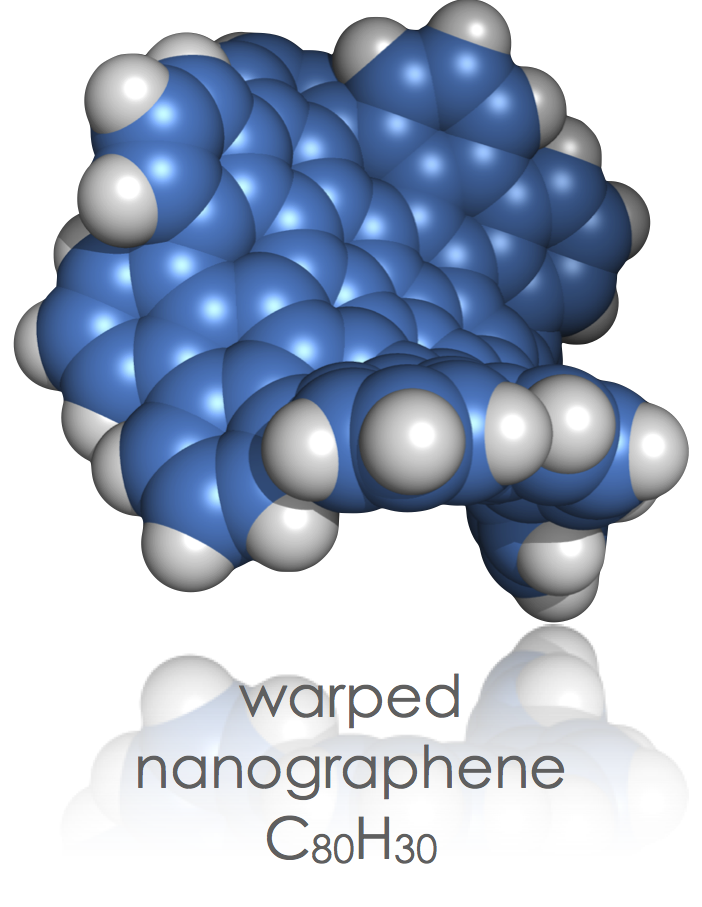 Graphite, the most stable form of elemental carbon, consists of pure carbon sheets stacked upon one another like reams of paper. Individual sheets, known as graphene, prefer planar geometries as a consequence of the hexagonal honeycomb-like arrangements of trigonal carbon atoms that comprise their two-dimensional networks. Defects in the form of non-hexagonal rings in such networks cause distortions away from planarity. Herein we report an extreme example of this phenomenon. A 26-ring C80H30 nanographene that incorporates five seven-membered rings and one five-membered ring embedded in a hexagonal lattice was synthesized by stepwise chemical methods, isolated, purified and fully characterized spectroscopically. Its grossly warped structure was revealed by single-crystal X-ray crystallography. An independent synthetic route to a freely soluble derivative of this new type of ‘nanocarbon’ is also reported. Experimental data reveal how the properties of such a large graphene subunit are affected by multiple odd-membered-ring defects.