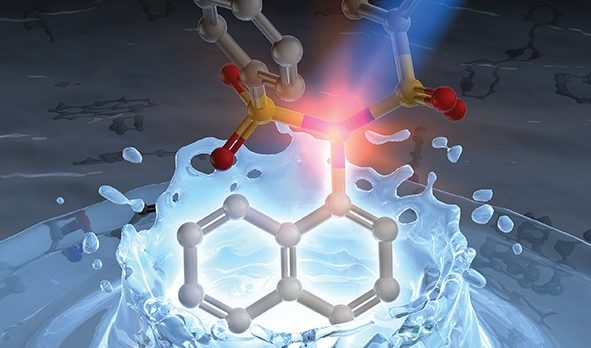 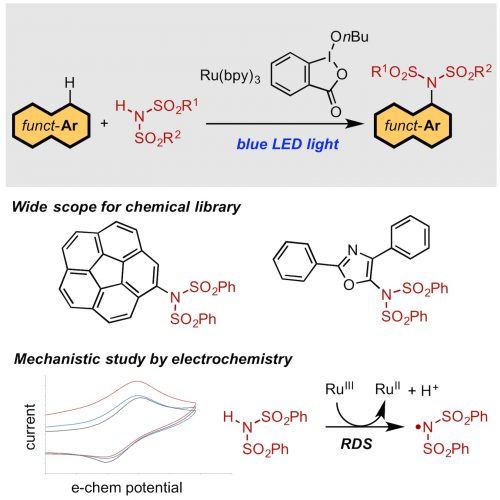 In view of the significance of arylamine derivatives in organic materials and pharmaceuticals, development of useful aromatic C–H amination has long been sought. Although many attempts have been made to achieve dehydrogenative C–H amination, the low reactivity of simple arenes makes the equimolar amination as a challenging subject in synthetic chemistry. We report equimolar C–H/N–H coupling of arene and sulfonimide by dehydrogenative aromatic imidation. This was achieved by a ruthenium-based photoredox mediator using arenes as the limiting reagent. A wide range of arenes such as polycyclic aromatic hydrocarbons and heteroarenes as well as various sulfonimides were applicable to the reaction. This electrochemistry-based mechanistic study revealed that the coupling reaction is initiated by oxidation of sulfonimide with ruthenium catalyst.