Statistical verification of anomaly in chirality distribution of carbon nanotubes 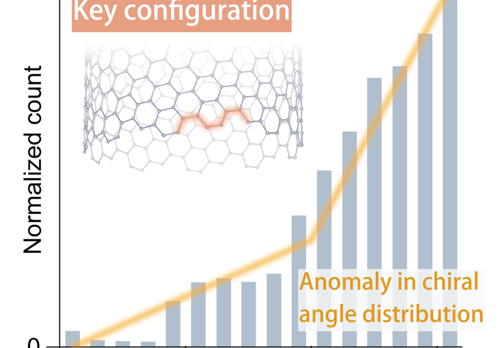 “Statistical verification of anomaly in chirality distribution of carbon nanotubes”

Single-walled carbon nanotubes (SWCNT) have long attracted attention due to their distinct physical properties, depending on their chiral structures (chiralities). Clarifying their growth mechanism is important toward perfect chirality-controlled bulk synthesis. Although a correlation between the chirality distribution and the carbon atom configuration at an open tube edge has been predicted theoretically, lack of sufficient statistical data on metallic and semiconducting SWCNTs prohibited its verification. Here, we report statistical verification of the chirality distribution of 413 as-grown individual air-suspended SWCNTs with a length of over 20 μm using broadband Rayleigh spectroscopy. After excluding the impact of the difference in the number of possible SWCNT structures per chiral angle interval, the abundance profile with chiral angle exhibits an increasing trend with a distinct anomaly at a chiral angle of approximately 20°. These results are well explained considering the growth rate depending on armchair-shaped site configurations at the catalyst–nanotube interface. 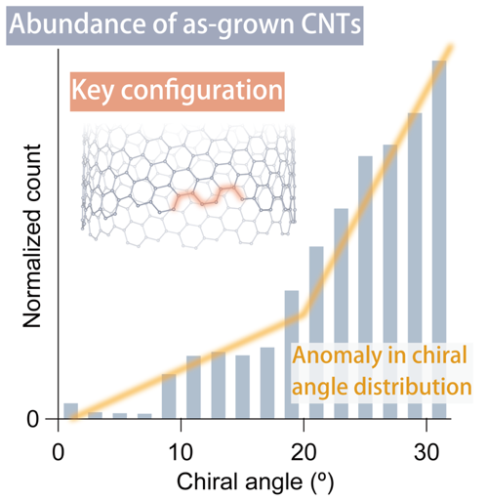